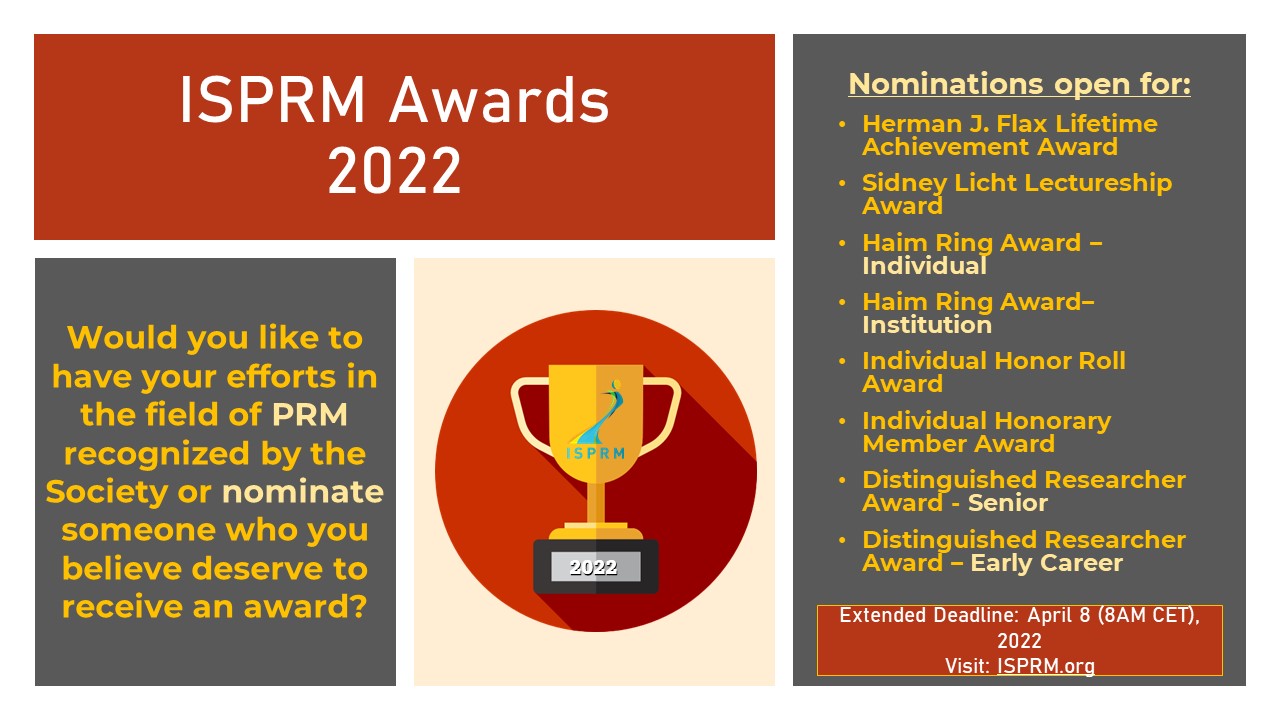 The Herman Flax Lifetime Achievement Award was established by the International Rehabilitation Medicine Association in honour of Herman Flax who provided outstanding leadership to IRMA and his specialty throughout his long career as an academic physiatrist.

ISPRM continues this award to honour individuals with a lifetime of outstanding and unique contributions to the care of individuals with disability and the specialty of physical and rehabilitation medicine.

Recipients of this award will have made contributions in the areas of patient care, research, education, administration and advocacy including advancing the ISPRM. This award is ISPRM’s highest honour and is now awarded annually.

The Sidney Licht Lectureship Award was established by the International Rehabilitation Medicine Association in honour of Sidney Licht, its founding father and a tireless advocate for the expansion of rehabilitation medicine.

ISPRM continues this award to honour physiatrists who have made consistent contributions to the advancement of international physical and rehabilitation medicine.

Those receiving the award will be respected and admired by their peers for their outstanding accomplishments in advancing the care of those with disabilities internationally, and for their leadership within the ISPRM. The ISPRM when selecting individuals for this award includes among the criteria recognition that the awardees have substantive information to share with their colleagues through the lectureships.

Active ISPRM members are awarded this title as a mark of respect in distinguished recognition to the field of physical and rehabilitation medicine.

The following members have been recognised for their contributions to the field of PRM and are Individual Honor Roll Members of ISPRM:

Any person who has made outstanding contributions to the management and care of people with impairments and disabilities. Must not be an ISPRM Member.

This award is for Individual members with outstanding research contributions to the field of PRM. (Min. 11 years after residency)

This award is for Individual members with outstanding research contributions to the field of PRM. (Max. 10 years after residency)