The International Society of Physical and Rehabilitation Medicine World Youth Forum (ISPRM-WYF) is an official task force of ISPRM that represents PMR youth all over the world. It was founded by Manoj Poudel and Alessandro de Sire, under the leadership of Professor Walter Frontera and Professor Francesca Gimigliano, in June 2019 in Kobe, Japan, during the ISPRM 2019 World Congress.

The structure of the forum consists of a Central Board under which the Country Ambassadors and General Members work. Currently there are 12 members in the central board, coordinating 9 sub-areas of ISPRM: Oceania, Central & East Asia, Southern & South East Asia, Eastern  Mediterranean, Africa, Europe, and The Americas (South, Middle, & North). The Central Board has already recruited approximately 40 Country Ambassadors from various countries.

The ISPRM-WYF Task Force holds its annual assembly at the ISPRM World Congress and also meets on an online platform every six months under the supervision of the President of ISPRM. During the ISPRM World Congress, the Task Force, in coordination with the youth of the local organizing committee organizes youth related academic, scholarly and social activities/events.

This has been a great opportunity for Physical and Rehabilitation Medicine (PRM) young specialists, residents, and medical students to build networking opportunities, and to exchange knowledge, ideas and information.

During the COVID-19 crisis, the task force played a leading role to successfully convene the ISPRM Webinar Series, a series of 10 virtual lectures which were attended by PRM related professionals and youths from over 100 countries around the world. The task force aims to increase awareness of PRM globally, enhance international collaboration amongst PRM junior specialists, residents, aspirant medical students, improving leadership skills, educational strategies and initiate scholarly activities. ISPRM World Youth Forum is looking for a candidate to represent on its Central Board in the following position:

Person living with disability - The Criteria of  Inclusion

The convening of a new task force within ISPRM, the Task Force on Physical Activity for Persons with Disabilities (PAPD), highlights the organization’s commitment to… 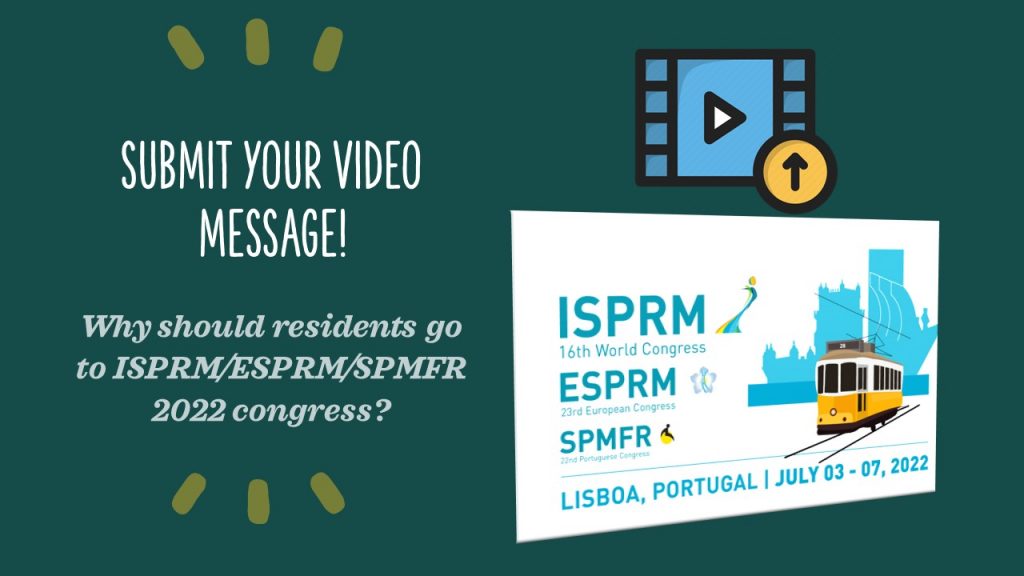 Are you a PRM resident (or trainee)? If so, then you are invited to record a video message answering the question “Why should residents go…

DID YOU KNOW?The ISPRM Task Force Raise of Awareness for Rehabilitation (ROAR) has recently published a rapid response to the editorial ”Fresh evidence of the…

ISPRM has turned 20 on November 13th, 2019! Watch the special video messages below sent from members of our President’s Cabinet, Executive Committee, Council of…