The International Society of Physical and Rehabilitation Medicine – United Nations (ISPRM-UN) Task Force is pleased to announce that the ISPRM has been accredited as a Non-Governmental Organization (NGO) to the UN Conference of States Parties to the Convention on the Rights of Persons with Disabilities (COSP UNCRPD). This accreditation status qualifies ISPRM to participate in the annual COSP UNCRPD meeting.
The following is a historical chronology summarizing the efforts of the ISPRM-UN Task Force that led to this NGO accreditation with COSP UNCRPD.

ISPRM aims to optimize physical functioning and quality of life for persons with disabilities (PWD). To achieve these aims, a multifaceted approach to address the comprehensive needs of PWD, including education, health, employment, and accessibility is required. The UN is the foremost global organization which advocates for the needs of vulnerable and disadvantaged populations. In 2015, the ISPRM President’s Cabinet appointed the members of the ISPRM-UN Task Force. Its terms of reference were to explore the feasibility of expanding the influence of ISPRM in health and non-health related matters for PWD by working with the UN and UN partners. Professor John Melvin (Chair), Professor Bryan O’Young, and Professor Sam Wu were appointed to the ISPRM-UN Task Force.

During the 2016 International Day of Persons with Disabilities celebrations at the UN, Professor Bryan O’Young, Professor Sam Wu, and Professor Linamara Batistella (consultant to the ISPRM-UN Task Force) met with Mr. Eric Zhang (Officer of the UN CRPD) and Ms. Akiko Ito (Chief Secretariat of the UNCRPD) to discuss potential collaboration. Mr. Zhang and Ms. Ito agreed to identify a pathway for collaboration with ISPRM in support of PWD. As UNCRPD works specifically with the Member States on policies that support the UN Sustainable Development Goals [1] regarding PWD, it was suggested that ISPRM apply for NGO consultative status with the COSP UNCRPD. The ISPRM-UN Task Force subsequently submitted this application. Recently, ISPRM has been informed that our NGO consultative status with the COSP UNCRPD has been approved.

The ISPRM-UN Task Force has also applied for ISPRM special consultative status with the United Nations Department of Economic and Social Affairs (UN ECOSOC). A response is expected in the latter part of 2018.

The ISPRM-UN Task Force sponsored a session on ‘Changing the Mindset of the 21st Century’ on May 2, 2017, at the 11th ISPRM World Congress in Buenos Aires. The session, chaired by Professor Bryan O’Young and moderated by Professor John Melvin and Professor Joel Delisa with Professor Linamara Battistella, Professor Marta Imamura, and Professor Sam Wu serving as speakers, addressed how the ISPRM and the UN can collaborate to achieve the 2030 Sustainable Development Goals for PWDs. Presentations were followed by a lively discussion which contributed toward future steps for collaboration. 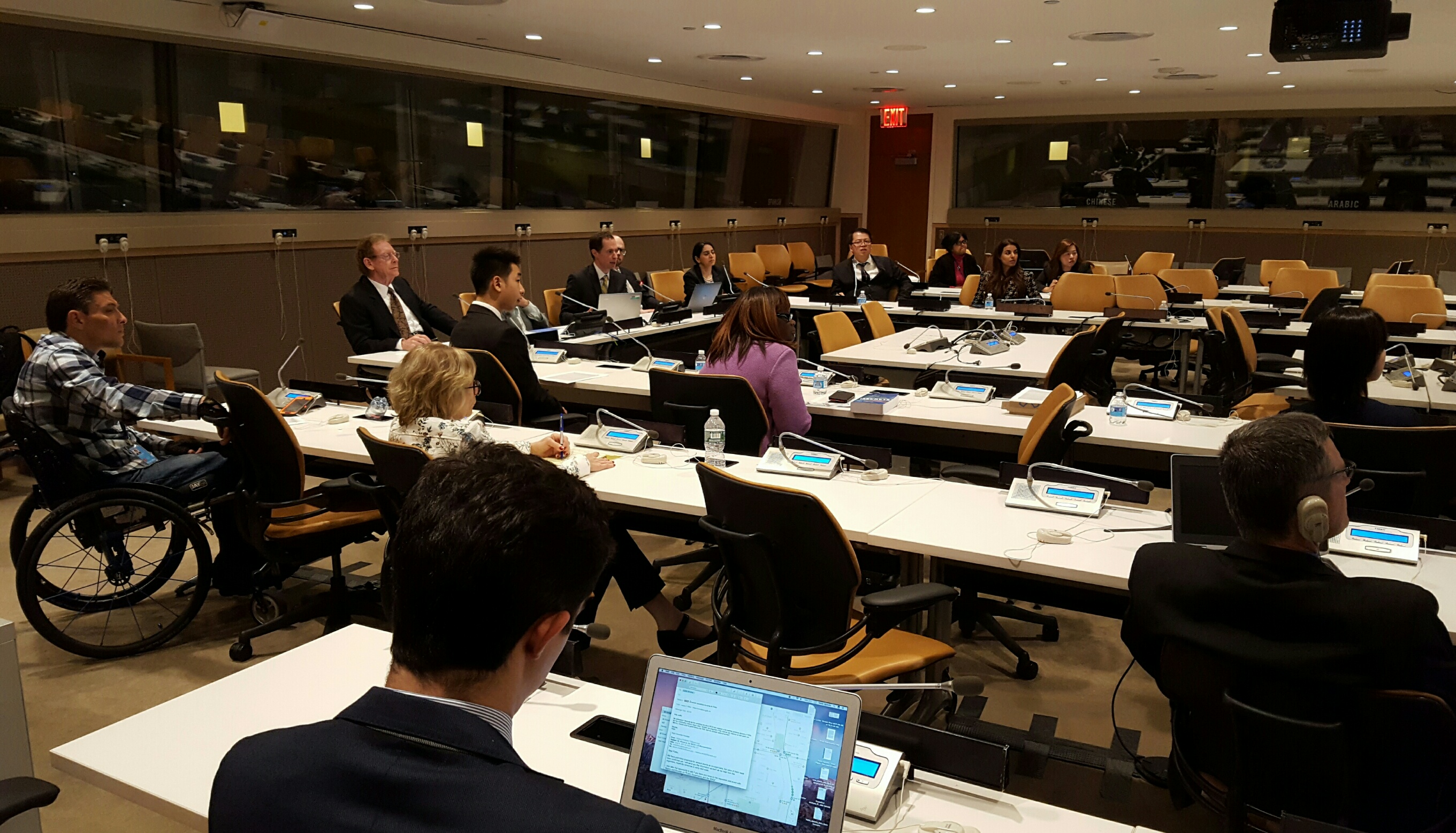 The ISPRM-UN Task Force looks forward to further collaboration with the UN and UN partners in accomplishing the 2030 Agenda for Sustainable Development [1] to emphasize the inclusion of PWD [2]. Future ISPRM-UN Task Force activities include participation in the 2018 COSP UNCRPD meeting.

References:
[1] United Nations Department of Economic and Social Affairs (2017). Transforming our world: the 2030 Agenda for Sustainable Development. Retrieved from  https://sustainabledevelopment.un.org/post2015/transformingourworld
[2] ‘Imagine the world in 2030, fully inclusive of persons with disabilities’. Retrieved from https://www.un.org/development/desa/disabilities/envision2030.html