The societies agreed “to cooperate and to coordinate their activities at international regional and national levels”. A special focus is on the support of communication among societies and their members, and the integration of neighboring regions. For the Baltic and North Sea region this includes, in particular, the promotion of communication and inclusion of societies in the Eastern European region that use the Russian as their main common language. Consequently, in the conference a session about the transition “from electrotherapy to comprehensive rehabilitation services” was included. Additionally, more detailed talks with colleagues from Russia and Ukraine took place. 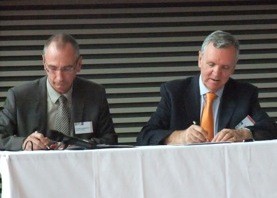